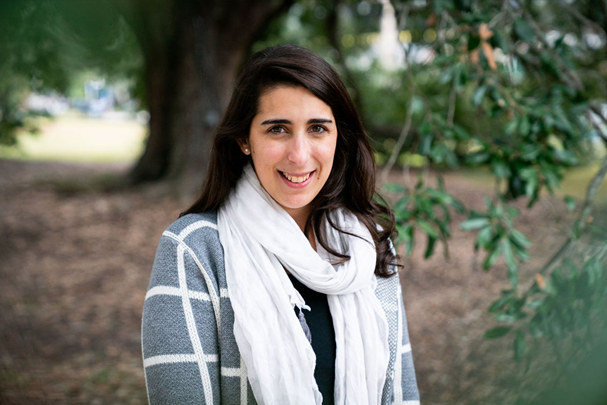 I lived in the US for years as being undocumented, and so the idea of borders was reinforced because I couldn't leave this country for a very, very long time. I came when I was five years old from Portugal. I don't think I was fully aware that I was undocumented. I only became aware that it was something when I was in seventh grade and I had to fill out an application.  That's when I realized the impact of it. I knew about it just because when my grandpa passed away, my mom couldn't go back.

I became a naturalized US citizen several years ago. Since then, I've traveled back and forth a lot. I studied abroad in Argentina for a semester. I've traveled throughout the world and I think it's just something very, very important to me to this day.

I very much feel connected to that part of my identity, being an immigrant and what that looks like. As I've gotten older, I’ve appreciated my parents so much more for what they did. I reflect back and realize they left everything. They moved with no idea if it was going to work out or not and took such a risk. They were driven by "we want our kids to have a better life. We want to have a better life."

Back to TU Citizens